I don’t have any clue who will be reading this blog down the line, but right now I can be pretty sure that it is people I know.  To those people – hello!  Sorry this is so impersonal but I’m really glad to be able to tell you about what I am expecting to be a really exciting two years.  First, though, I want to catch you all up on what has been happening in the somewhat recent past.  I know I owe you all a lot of explanation since I stopped sharing tomes of stories three or four years ago, but I think all that is lost to the wind at this point… whoops!

I think more happened, but this is good enough for now.  There, now nobody can say I didn’t provide basic context for these posts.

Here is a picture of the honeymoon for those that like mushey stuff: 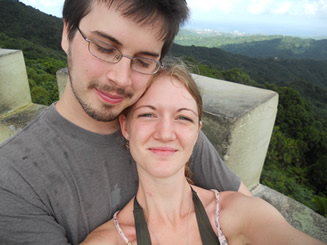