Megapapers are like desktop backgrounds / wallpapers, except instead of being one image they are 16 images. This would work for huge panoramas, or maybe you want your wallpaper to represent the purpose of a screen, or each one could have a different phrase. Or… you could relive your childhood by taking a map from Super Mario World and stitching the entire thing together!

That’s what I did.

Took a rainy day but it is done! Here’s a video of the final result:

I’m not a graphic designer, but I did my best (paralax in SMW is no fun.) Suggestions are welcome. If you want the untextured assets just let me know. Also I think I’ll want to make a few more of these, so if you have any favorite games / ideas for things that would be epic please say so in the comments!

Summer is coming to a close and Hurricanes are coming into town so I decided that it was time to finally install the new version of Mac’s OSX (Lion). I don’t believe in upgrades, so this meant reformatting and installing everything fresh and new. Totally worth it trust me…

Anyway, Mac OSX had this great thing called “Spaces” which were virtual desktops on the computer. This meant that even if I had just one monitor I could pretend to have a whole bunch more — instead of having just one screen, I could have a bunch of fake screens that I could switch between using the keyboard or the touch pad. Maybe screen #1 would be for chatting, screen #2 for browsing the web, and screen #3 for actually getting things done. Moving around between these desktops was easy and made multitasking much more streamlined.

I was a screen power user, and in the old version of OSX (called Snow Leopard) I had a 4×4 grid of screens (that’s 16 separate desktops). The upper left hand corner was for to do lists and productivity organization, the right hand column was for various forms of communication, and the center four desktops were my workspace where I would program and browse the web. When I was in the middle block I could switch to up to four different desktops (up, right, left, or down) with just one keystroke.

OSX Lion put all that to an end. They replaced the old Screens with a thing called Mission Control. Mission control is cool too, and it still supports multiple screens, and you can still have up to 16, but you can’t have them in a grid anymore — they are all in a straight line. Lame! This means that from any given screen you have easy access to only TWO others (left and right).

Well, that’s the downside. The upside is now you have 16 freaking screens in a LINE! And each one can have it’s own wallpaper. This opens up the doors for… MEGAPAPERS! 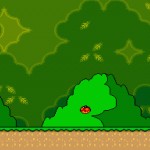 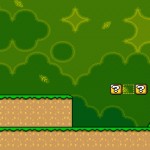 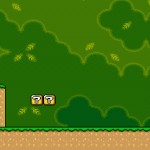 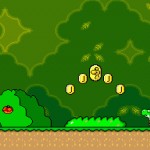 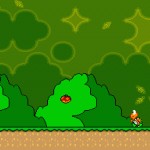 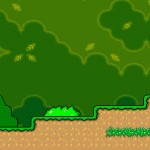 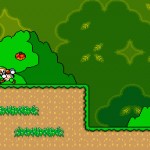 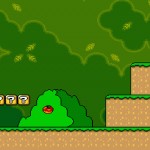 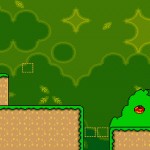 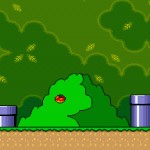 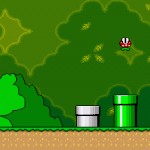 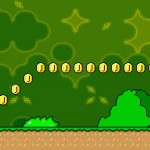 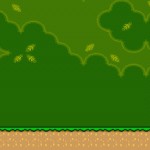 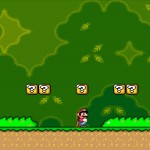 NOTE: Super Mario World is a game by Nintendo. They own the IP and the TM and CR and all that jazz.