Last month, I ran a user study to test the effectiveness of Truth Goggles (a credibility layer/B.S. detector for the Internet). The tool attempts to remind users when it’s important to think more carefully. If you’re curious, you can check out the demo page.

Now that the study has officially concluded, the numbers have been crunched, and the thesis has been submitted, I want to share what I learned from the resulting data and feedback.

I’ll warn you upfront: All conclusions drawn here should be taken with a grain of salt. The participants were not a random sample of the Internet, and as such, the results don’t reflect the general population. I think they are quite exciting nevertheless!

There are many ways that a tool like Truth Goggles could be considered successful. A bare minimum is that users should prefer it to the non-augmented consumption experience (you know, the kind you have normally). Another measure of success might reflect the number of claims that users explored when the tool was enabled, or maybe the quality of that exploration.

These questions are interesting, but they all require different study designs. Here is what I considered when putting the study together.

The final study design reflected aspects of each of these questions; however, “Did people enjoy using Truth Goggles,” “Did users engage with fact checks,” and “How well did Truth Goggles enable critical thinking” ended up getting the most focus.

Before the study began I selected, tagged, and pre-processed 10 political articles to create a pool of content that I knew would have fact-checked claims in them. For the most part, this involved going through PolitiFact, Googling the phrases, and hoping that some good articles would show up. Most of what I used was published in 2012 and came from a variety of sources with varying degrees of credibility.

I also added some tracking features to Truth Goggles in order to better understand what was clicked and explored. This meant I would know when users viewed a fact check or when they would interact with other parts of the interface. Finally, I had to create the actual study website, which added some randomization and guided participants through the process.

The study was conducted online over the course of five days. Participants were recruited through email and Twitter. When I did the initial number crunching there were a total of 219 participants, 88 of whom completed the entire process. These numbers increased to 478 and 227, respectively, before the study officially concluded. This analysis reflects my thesis work, and only considers results from the original 88 participants who completed the entire study.

Unfortunately, the participant pool contained a disproportionate number of friends, individuals familiar with the concept of Truth Goggles, and professionals already aware of the challenges surrounding media literacy. The vast majority (about 90%) of those who actually completed the process were strong and moderate liberals. All of these biases were anticipated, but nevertheless they significantly limit the potential impact of the study. 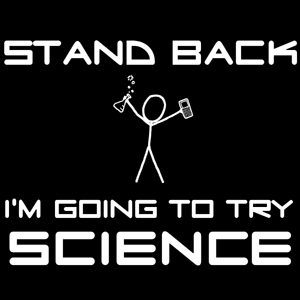 From start to finish, the study took each participant around 20 or 30 minutes. After being shown the initial instructions, people were asked to rate 12 claims on a truth scale from 1 to 5. They only had 10 seconds per claim to answer, so this was really trying to get at a person’s gut reaction based on the information sitting in his or her head.

After the survey was completed, the treatments began. Everyone was shown a series of 10 articles which contained the previously rated claims. The first two articles were always shown with Truth Goggles disabled. The next six were presented with different Truth Goggles interfaces to help call out fact-checked phrases. For the final two articles, participants were able to choose one of the four interfaces (including “None”).

Once the article reading ended, participants were asked to re-rate the claims from the beginning of the study. At this point, they had been exposed to explanations and context for most of them, so this time they were supposedly providing “informed” answers as opposed to gut feelings. After the second round of ratings, the study wrapped up with a short exit survey, where participants had a chance to yell at me in the comments and tell me what they thought about the experience.

Before going any further, I want to be clear that Truth Goggles does not assume that fact-checking services are correct. To the contrary, the hope is that users will question fact checks just as much as they would question any source, and consider all evidence with scrutiny. This philosophy is problematic for evaluation, because it is difficult to measure belief accuracy without considering something to be “true.”

Lacking a better metric, the source verdicts (i.e., PolitiFact’s ratings) were used as grounding for accuracy for this analysis. This means that from an evaluation perspective, I considered interfaces to be more effective if users ended up with beliefs in line with PolitiFact’s verdicts. Since belief dissemination is not the goal of Truth Goggles, the system must eventually use more sources (e.g., Factcheck.org and Snopes) to keep users on their toes.

In my thesis, I slice and dice the study data in more ways than I care to think about. But this isn’t my thesis, so I’m going to spare everyone a lot of pain and stick to the high-level observations.

The short version of these results is that Truth Goggles helped combat misinformation, but there is still plenty of room for improvement. There also clearly needs to be a more comprehensive, longer-term user study.

For me, the big surprise was that that people were so prone to trusting content just because it appeared in an article or opinion piece. I was absolutely thrilled to see that effect get completely squelched through credibility layers. The results from the exit survey are also incredibly exciting, but that is a post for another day.